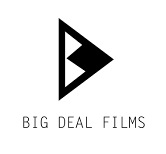 After 13 years of grinding independently and creating this company from scratch (£200), I’m proud to say we’ve partnered up with Channel 4 Investment Growth Fund who have purchased a stake in Big Deal Films … a team effort … Thank you to … Public Square who provided consultancy services across the process … patient, thorough and I’d highly recommend them to anyone in the TV industry.

Fiona Freed is, without question, the best in the business. She is not only brilliant at business strategy, hiring … training… managing the best production talent out there, but she puts systems in place within company infrastructures that leaves a brilliant and lasting legacy for television production companies. She is a joy to work with, creative in the best possible way about how to make the most of money on screen whilst keeping a company financially healthy and she is always passionate about the editorial.

I have worked with her several times in several different capacities and would leap to again.

Story Films is a new indie that employed Fiona and Barret (Public Square) at it’s inception and through its early months as consultants. It was invaluable at a time when SF was in its infancy and did not have permanent business structures, an HoP or MD. Their advice was hugely beneficial for a start-up like our’s at this early stage.

Their experience is vast and spans various disciplines: budget creation and negotiation with broadcasters, company financial management at both an executive and day to day level, production management, deficit financing, drawing up business plans, advice and guidance with distribution.

Their wide knowledge gives them a real sense of confidence, particularly when dealing with broadcasters. They have very strong links at C4 and the BBC.

They are extremely patient and take time to explain to the uninitiated in a way that’s easily digestible.
Although they have years of experience in factual, we also used Public Square to help planning on scripted too.

They are very engaged with the editorial aspect of productions and always try to help realise the creative ambition – but they’re also prudent and pragmatic.

Always great to delve into the not so glamorous '...

BAFTA Nomination for SUPERKIDS: BREAKING AWAY FROM CARE

Why SME’s and branded content are a great match.